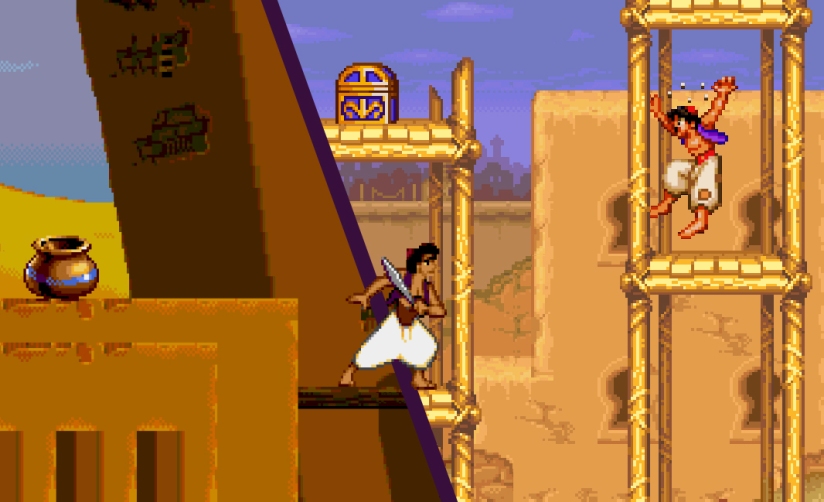 Since its release in 1993, Aladdin for the Mega Drive has been widely regarded as the superior of the platformer’s 16-bit outings. But 26 years later, could it be that favour is shifting towards Capcom’s Super Nintendo edition, including, incredibly, my own?

Prompted by the Sega title’s anniversary, and its recent 2019 remaster for modern consoles and PC, I approached the SNES version for the very first time for a balanced consideration of the argument and a glimpse into a whole new world — of video gaming, that is.

(N.B. This article references the original 1993 edition of Sega’s Aladdin throughout.)

Then a strange thing happened. Earlier this year, Disney released its live action version of Aladdin in the cinemas. Rather than convince me to buy a cinema ticket, it drove me to blow the dust from my cartridge and revisit my Mega Drive edition of Aladdin.

And it seems I wasn’t the only one…

Around the time of Aladdin’s 2019 cinema release, the Retronauts podcast released an episode rather temptingly named ‘Aladdin Games’. Its online notes read:

“Virgin Interactive’s Genesis game mostly overshadowed Capcom’s SNES interpretation thanks to still-impressive technical tricks, but the conventional wisdom about the Sega version being superior might not hold together 2.5 decades later.”

So I gave the Retronauts episode a listen. To my surprise, the Sega version came off worse — by a very, very wide margin. Then it dawned on me — I’d never played Aladdin for the Super Nintendo.

Was Retronauts right? Could it be possible for the SNES version to rival its Sega counterpart? There was nothing for it, I had to see for myself.

I had to play Aladdin for the Super Nintendo.

END_OF_DOCUMENT_TOKEN_TO_BE_REPLACED 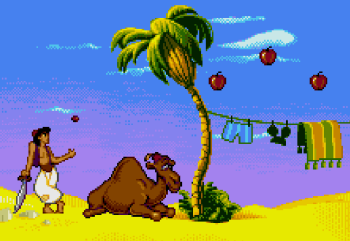 For us mere mortals, when hunger strikes, a tasty treat from the refrigerator, café, restaurant, or local supermarket is usually enough to satisfy most of us. Not in the gaming world – a place where chicken is typically sourced from trash cans, fruit is found suspended in mid-air and pot roasts can be extracted from wall cavities. Tasty. Ladies and gentlemen, I present to you the weird and wonderful world of game-based food.

Pixel-based foodstuffs provided much more than nourishment for gaming’s protagonists. Amongst its many properties, it could revive health, enable power-ups and supply bonus points. Best of all, an otherwise innocent-looking snack could easily be used as a projectile with murderous consequences.

Join us now as we explore some of the Mega Drive’s culinary highlights. Let the food fight begin!

Who needs a band-aid, when you can have beef? Or is it lamb? Chicken? Dinosaur, even? One thing that we do know of this mysterious meat is its incredible power to heal. Whether it’s discovered within the walls of centuries-old castles, or in the sacks of little green imps, this particular foodstuff is a welcome treat for any gaming warrior – even if the inevitable food poisoning isn’t. END_OF_DOCUMENT_TOKEN_TO_BE_REPLACED